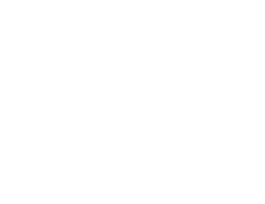 Established in 2007, Clixsense has long been a powerhouse player in the Pay-to-Click (PTC) industry.

It introduced improvements in the ad-viewing process that eventually became standard features in most of the PTC sites that you can find on the Web today.

As of this writing, Clixsense claims to have more than six and a half million members.

But being popular does not mean that a website can be automatically considered as “legit.” In fact, they have had their fair share of problems, as will become apparent shortly.

In this Clixsense review, we will look at the pros and cons of Clixsense, so that you can make an informed decision as to whether you think Clixsense is a legit business opportunity or a scam.

If you want to know whether or not Clixsense is worth your time, it’s important to delve deeper into the details and read on.

Contents hide
1 What is Clixsense?
2 How Do You Make Money With It?
3 How does Clixsense pay you?
4 What are the Issues With It?
5 What Are Others Saying About It?
6 Final Verdict:
6.1 Jamie
6.2 Latest posts by Jamie (see all)
6.3 You may also be interest in

Apparently the owner Jim Grago told Ars that they had been hacked on the 4th of September, but they were able to get control over their domain name once again over Labor weekend. Unfortunately, this wasn’t the last incident as I mention soon.

Hackers were able to to gain access to Clixsenses internal email server as well as was able to collect over 70,000 email addresses, which they published in PasteBin for all to see, with the intention of selling the list, which may have included sensitive information.

I believe Clixsense got onto this issue extremely quickly and Users were made to change their passwords once they became aware of the hack.

Clixsense started out as a PTC site. PTC is an advertising/marketing method that gives companies and businesses a chance to increase online visibility by directing targeted traffic to their websites.

What PTC sites like Clixsense basically do is host the ads of these businesses on their online platforms, and have willing people (force)watch them in exchange for a small fee.

So, in theory, it’s a win-win situation for all. The businesses get their views and the viewers get their money.

Nearly a decade later, Clixsense has expanded into other online money-making ventures aside from its main PTC business.

It now has an affiliate program where members earn from referrals and also take a portion of the money that their “downlines” earn and spend on the site.

Recently, Clixsense had also introduced another income stream in the form of Crowdflower tasks. If you’re familiar with Amazon Mechanical Turk, then you’ll know exactly how this kind of set-up works.

Business, companies, and researchers outsource mini-tasks (e.g. “Transcribe the grocery items on this receipt” “Click on the black dots on the photo”) for people to complete.

Each approved task rewards the Clixsense member with a few pennies.

How does Clixsense pay you?

Cashout is through check (for US-based members), Paytoo, Payza, and Paypal.

“Clicking on internet ads and getting paid money for it? Sign me up!” Some people might get excited at this kind of work prospect (who doesn’t like the idea of easy work), but the reality of PTC sites is very bleak.

If you think that you can do ad-viewing while you’re doing other tasks on your computer, then tough luck- you’re not allowed to leave the browser window nor open up another tab while you’re viewing an ad.

You have to sit through the whole thing.

“It’s okay, I can stand clicking thousands of ads for about an hour or so” some people might say. This is all well and good, but do take note that you don’t have an unlimited number of ads to view.

For free members there might be three to five low paying ads (those that are worth anywhere from one to cents) which you can click on. After finishing this, you would have to wait until the next round of ads come along.

Earning through Clixsense is not impossible, but it will be so terribly hard to do. The Crowdflower tasks, while great in theory, are also priced as low as the PTC ads.

You can try out the affiliate marketing side of Clixsense, but do take note that you would have to encourage your downlines to upgrade to a premium account before you can see any pennies in your account- this can be hard especially if you’re not a marketer of any sort.

What Are Others Saying About It?

Mixed reviews abound if you search for “clixsense.com review.” But it is to be noted that most of the positive reviews come from people who seem to be contented with receiving pennies for hours of hard work.

In short, these people are probably not the best people to talk to if you really want to be serious in making money online.

Clixsense is not a scam, but they’re damn near being one with their ultra low rates. It’s slave wages for slave labor. Your time and effort is worth much much more than mere cents.

Do Not Waste Your Time With Cashback Research

EasyHits4U Review: A Legitimate Opportunity To Get Traffic To Your Website Or A Scam?

2 thoughts on “My Clixsense Review – Is It A Scam Or Legit?”