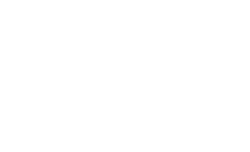 What Is My Survey?

My Survey at mysurvey.com is a survey panel that has been operating relatively longer than other survey companies today.

It started as a market research company gathering data from consumers in US, Canada, UK, France and even Malaysia since the 1940s.

The online version was launched in 1995 and is operated by Lightspeed Online Research Inc. The company basically pays for every survey filled out.

Surveys cover a wide range of topics and respondents are paid for their opinions on a per survey basis, which is then translated into points.

Contents hide
1 What Is My Survey?
2 How Do You Make Money with mysurvey.com?
3 Issues with mysurvey.com
4 What Others are Saying Online
5 Final Verdict
5.1 Jamie
5.2 Latest posts by Jamie (see all)
5.3 You may also be interest in

How Do You Make Money with mysurvey.com?

Respondents make money with this site by simply filling out the surveys. Each survey differs in the points that is attached to it.

Factors like time needed to fill out a survey, the length of the survey, how many people are allowed or qualified to take the survey and whether or not the survey requires a certain knowledge or expertise determine how many points are given once a respondent finishes the survey.

Respondents are first screened to determine if they qualify for a survey. Even if respondents do not qualify, they are still given points for undergoing the screening process.

The site also has a mobile app to make filling up surveys easier on the go.

While mysurvey.com is a legitimate online survey and consumer research company, there are a number of issues that have been reported by respondents and clients that need to be addressed. For example, company ads regarding the length it will take to complete the surveys can be misleading.

Some respondents also have issues with completing surveys only to be told at the end that the required number of responses have been reached. This is not dissimilar to some other well known survey websites like Opinion Outpost, Global Test Market and Inboxdollars.

Another problem is automatic account deactivation for unknown reasons. This issue has happened to many respondents with no explanation why it happens and how the company aims to resolve the problem.

This poses a problem for those who have already gathered enough points for a payout only to find out that they can no longer log in to their accounts.There are some instances when there no surveys available in the pool.

This can be frustrating for some who look to this site to make a quick dollar when they have nothing to do.

What Others are Saying Online

A lot of respondents have had satisfactory experiences with the company but more also have the opinion that you are better off with something else.

The points system has its advantages but you can also find other systems that pay a dollar per survey for half the time it would take to earn a point on this site.

There is also the issue of qualifications. The site conducts a screening process to determine what kind of surveys you are eligible for.

It is often difficult to qualify for a lot of surveys and there are some instances, as evidenced by the complaints given by some, that the site does not pay out.

This could be a glitch or the result of an occasional system error, but sites like these are expected to get them fixed in order to award the points and the money that respondents have coming to them.

Unreliable customer support and the uncertainty of having your account deactivated for no reason at all is something that has a lot of people wary about filling up surveys on the site.

While mysurvey.com is one of the legitimate and therefore relatively reputable survey sites out there, it does have its problems which could be deal breakers for those who are looking for consistent and reliable ways to make a few dollars with the extra time that they have.

The points system is a major thing that it not helping the site’s reputation. One point does not equate to one dollar. The conversion rate is $10 dollars per 1000 points which means hours and hours of filling up surveys before you can actually expect a payout.

Even if you do get paid, delays that can take up to a week also tarnishes the experience for a lot of people.

The bottom line is that a points system that rewards too little, unreliable support, sudden deactivation of accounts and instances when there is a limited number of surveys to fill out make mysurvey.com a poor choice for survey sites for those looking to earn a few extra dollars during the day.

Want to learn how to earn a full-time income online? Click here.

Is Survey Money Machines Legit or a Scam?