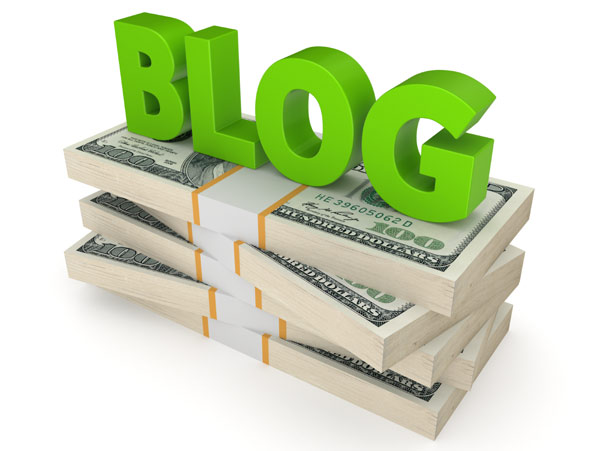 Funny you should ask.

Okay, so the simply answer to this question is yes, it is possible to make money with a blog.

However, anyone who has tried to make money with a blog and who has failed, will tell you otherwise.

I see blogs as a tool to help me to create an audience.

You can see how to start your own wordpress blog on bluehost here.

There’s an audience for just about any niche, but you have to theme your website around the audience of people you want to attract to your website.

This is where most people get it wrong and they start to blog about anything and everything.

That strategy might work for some of the bigger companies, but for the average blogger, it’s not conducive to ranking in the search engines or even creating a targeted audience.

But let’s say you get past the fundamentals, you find a niche you want to target, but you’re still not making money – what then?

Not everyone gets it right – first time around.

Well, believe it or not, this is very common and most of the time people give up, but often success is just a few tweaks away, if you know what to look for.

For example, I got an email from a lady not so long ago asking me this very question.

Is it really possible to make money with a blog?

After I told her that it was indeed possible, I could feel the doubt in her reply. Like (what chu talking bout Willis).

You see, this wasn’t the first time she had heard that, in fact she had been blogging for over two years and didn’t have a two pennies to rub together.

Now as you can imagine, my answer was not received with a whole lot of enthusiasm, but I said to her that I would take a look at her website to see if I could help her out.

Usually, when some one tells me that they’re been blogging for a number of months or years, when they give me their domain name to check it out, I find a hand full of posts. And if this is you and you’re wondering why you’re not making six figures then this would be the first place to start. Create more content.

Anyway, I was a little curious as to why her blog wasn’t producing any income for her yet

So I got her to send me her domain name so that I could have a look and see why she wasn’t getting any sales.

Well, my first impressions was that she seemed to be blogging on a regular basis, (which is great).

She had quite a lot of content and it was definitely niche specific – so no problems there.

I checked to see if the site had any penalties, because if a site has got an algorithmic penalty, then you have to resolve those first before tackling the other issues.

See, no amount of content or onpage optimization is going to help a site that has been penalized in the search engines.

Nope – no penalties there 🙂

Next I did a quick search in Google using the “site:domain name” , and there, I found the problem, actually the problem was a quick and simple fix.

For some reason her website was redirecting to the IP of the account, instead of the domain name, what this meant was Google was unable to index any of her pages, which meant she will never get any visitors.

Now granted most newbies wouldn’t have been able to understand what was going on there, but because I was helping to coach her, I could see what the problem was.

Well, once we got the problem fixed, a few days later I was able to see Google starting the process of indexed her pages.

For those of you who don’t know what “indexing” means, it simply means that Google is including the pages in their search results.

So that was all good.

Okay, so then, the next phase of my analysis, was to see how the traffic, or should I say the visitors were interacting with her content.

If the visitors were leaving her website as soon as they landed, then that might be an area of concern.

But before I got to this part, a week or two later, after more of her pages were indexed, I heard she had made her first sale.

How much can you make blogging?

Well this part is really up to you.

It depends on how hard, you’re willing to work.

The more time and effort you putting into creating content for your website (the right way), the more money you’ll be able to make potentially.

This ugly looking blog is already earning me a five figure income , but will be earning over six figures next year.

Funny thing is, I make money by writing the kind of posts you’re reading right now.

Wanna learn how I do it?

Then come join me here.

How Much Money Can You Make Blogging? You’ll Be Surprized

How Long Does It Take To Make Money Blogging?

Blogging For A Living : Anyone Can Do It – But You Need The Right Coach

What Should I Blog About To Make Money Blogging?

How Do You Start A Blog And Make Money? Copy Me & Bank