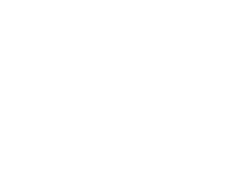 What is Survey Club?

Established in 2005, Survey Club is probably one of the oldest survey-taking sites in existence.

It is a “research recruitment platform” (as the site markets itself on its How It Works page http://surveyclub.com/how-surveyclub-works), that provides its users with a directory of surveys which they can take to earn cash, bonuses, free items and other rewards.

The surveys are sourced from the various companies and businesses who post research and market studies on the site in an effort to gain more knowledge about their target consumers.

As of this writing, Survey Club claims that it has over 16 million members spread out on all six continents.

The money-making mechanics on Survey Club is the same as with all other sites of its kind.

People sign up, get a barrage of surveys delivered to their inboxes, fill these up, and receive various sorts of compensation like cash, gift cards, free items, raffle entries and others in return.

Despite its claim of having 16 million members from all over the world, Survey Club only accepts people from the United States, United Kingdom, Canada, and Australia.

It is to be noted that all surveys and studies often limits their scope according to certain demographics (e.g. by gender, age, educational attainment, number of offspring, etcetera).

Filling the membership information page is crucial, since this will determine the kind and quantity of surveys that will be sent to you.

After finishing the surveys, cash compensation will be sent to the user’s Survey Club rewards account which they can then encash through Paypal, an Amazon Gift Card, or a check.

Aside from the usual surveys, Survey Club also claims that it has higher paying paid surveys, clinical trials, taste tests (the former would require products to be sent to the survey-taker’s place of residence) as well as real life focus groups wherein people share their opinions and experiences in a panel with researchers.

Are there Issues With Survey Club?

At first glance, Survey Club seems to be a very “legit” company. The site looks professional and has a nice interface.

Parts of Survey Club’s longevity probably stems from the fact that signing up for the service is free, unlike other survey sites that charge a one-time subscription fee.

But the problems lie below the well-decorated surface.

Just a quick look at the “Available Studies” page (http://surveyclub.com/available-studies) show that most of the studies and surveys come from other survey sites themselves, encouraging people to sign up on their site to receive survey directories.

The legit-looking surveys are few and far in between, and are so limited in scope, or take too long to finish.

Granted that Survey Club itself does not claim to be a “get rich quick” scheme and does not guarantee that everyone can receive earnings (so it’s just a portal for anyone who is willing to earn some spare cash, if they can), the amount of spam studies on the site is enough to turn anyone away.

What are Others Saying Around the Web?

Surprise, surprise. A quick Google Search of “surveyclub.com review” will reveal the number one gripe of Survey Club members: SPAM. It turns out that most of the surveys that are delivered to Survey Club members inboxes are advertisements and unwanted newsletters instead of surveys.

And funnily enough, some are even ads from other survey-taking sites! It seems that Survey Club does not screen the companies and business that use their service.

Survey Club claims that members can at least receive five surveys per month (which is really on the low end), but some people report that they only get one or two “legit” surveys per month, while others get none at all.

The purported focus groups that Survey Club claims to earn members up to $50 to $200 per hour, do not seem to exist.

Like all other survey sites, it’s impossible to earn anything substantial with Survey Club. But Survey Club’s problem with spam is also very troubling.

Since they don’t seem to be very strict with the companies that use them, how can members be sure that their personal information and details are also secure? If you value your privacy and your email inbox, better stay away from this site.

If you’re looking for a better way to make money online then check out my Wealthy Affiliate review.