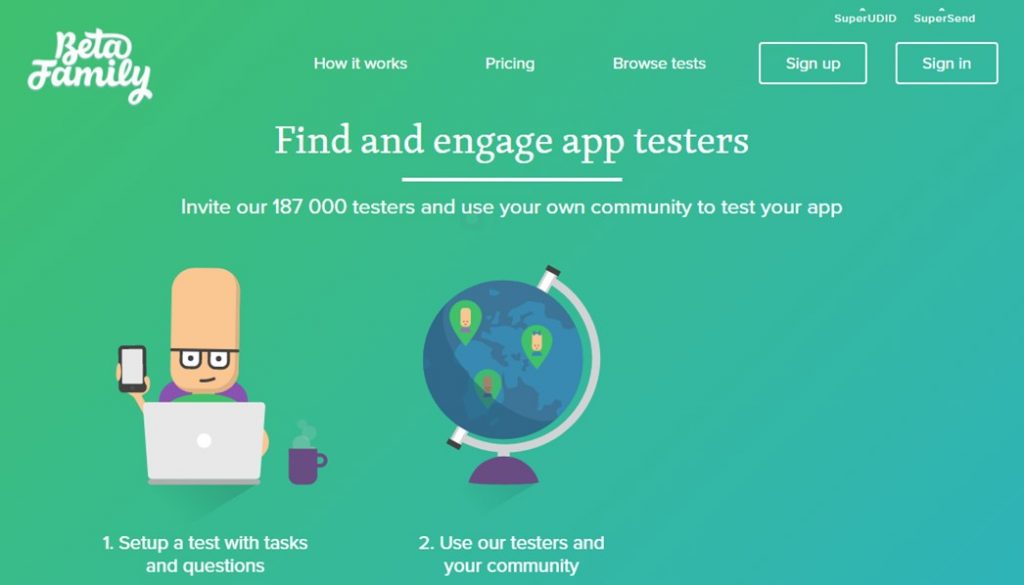 Smartphone devices have made it easier for people to access almost everything. You can access the internet, your email, social media accounts, bank accounts, and much more.

You’re basically given the power to do almost anything, literally, from the palm of your hands. A big reason why this is possible is because of the many mobile apps that we have today.

These apps are designed to make life easier for you by allowing you to perform certain tasks on your mobile device, like doing minor work, sending an email, taking photos, checking your bank accounts, and so on.

But aside from apps allowing you to access almost everything from your smartphone devices, do you know that you can also make money from them?

That’s right, since app developers want to make sure the mobile apps they launch are close to bug-free, they have their apps tested by a third-party tester.

Usually, they get help from a company and the company will be the one to find people to test it out. One such company doing this is Beta Family.

It’s a company that has beta testers to test out the apps that developers create. As a beta tester, you’ll be paid for testing these apps. The amount of money you can make is dependent on a lot of different factors.

But is Beta Family a legitimate opportunity to make money testing mobile apps or is it just a scam to avoid?

Beta Family is a company that offers developers an opportunity to have their mobile apps tested by beta testers.

It also offers people an opportunity to make some money by being one of their beta testers. There are two types of tests available, the free test and the paid test.

You just need to reach the minimum cashout needed for you to withdraw your money via PayPal.

Based on what I’ve seen so far, I can say that Beta Family’s opportunity is legit. You can really make money testing apps that the company provides.

You just need to qualify and be selected to participate in the paid testing to make money. Of course, this doesn’t mean that there aren’t any issues or problems with this opportunity.

One of the main issues with Beta Family is that getting accepted into a paid test opportunity is difficult, especially if you are new.

Another issue is that you have to contend with some developers taking their time before giving credit to completed tests.

Lastly, payments are not instant, as you need to wait a while for Beta Family to process your withdrawal request. I’ll discuss these issues in more detail as we progress further in this review.

Beta Family is designed for two groups of people with one being app developers who are looking for testers who can provide feedback on apps that they have just developed. The other group are those looking for opportunities to make some money on the side.

For developers the testers will test their apps for bugs, issues, and problems that users might encounter. Testers will also let them know how they feel about the app and what can be done to improve it.

For beta testers, Beta Family offers an opportunity to make some money testing apps. There’s a free test and a paid test.

The paid test is where you need to participate to get paid. You just need to be a member, which is free and simple to do.

You also need to add your Android, iOS, and wearable device to start participating in tests.

I’ll provide more details on how Beta Family works in the next section.

How Does Beta Family Work?

Beta Family is a website that provides an app testing service to app developers to allow them to see if there are bugs and issues with the app they have created.

Once you are done, the next step is to add your Android, iOS, and wearable device to your account. Adding an iOS device will also require that you include the UDID number.

Beta Family will send an email with a link that you need to click using your iOS device. This link will allow your device to automatically send the data to the website.

It is also important to remember to complete your profile since this is what developers will look at when they’re selecting testers.

Each test that you complete will be evaluated and each one of them will be given a grade that can affect your overall rank. The higher your rank, the likelier you are to get accepted into a paid beta test.

So this is where the free beta test comes in, you use it to get higher grades and improve your ranking. You’re not required to take them, but they can really help in raising your rankings.

Getting accepted into an app testing gig will depend greatly on the developer. Your profile and the rankings will be one of the main determining factors on whether you’ll get accepted or not.

Now, it is important to remember that Beta Family won’t send email notifications if a test is available. You need to check your account from time to time to see if there are new tests.

It is also important to remember that there are only limited slots to test an app, which is why having a high rank will really help in making you stand out above other testers.

Once you are accepted,  the developers normally provide a list of what they want to be tested. You’re usually required to check for errors, keep track of bugs, see if the different functions are working, and so on.

After completing the test, you will need to submit a report to the developer. Your report should include what you think of the app. The developer will rate your test and give you a score.

Payment for paid beta tests is about $5 to $10. You’ll usually see the amount that the developer will pay for a test on the upper-right hand corner of the screen.

If no amount is indicated, it means the test is free. After completing a paid test, the developer will usually take about 30 days to evaluate and grade your report. 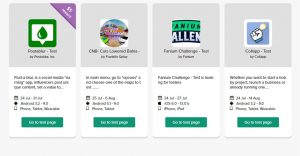 So you can expect to wait this long before you can see your money in your account. Beta Family pays via PayPal, but you need at least $50 before you can request a withdrawal.

Once you make the request, expect to wait another 30 days before the payment is sent to your PayPal account.

What Are People Saying about Beta Family?

The reviews and comments about Beta Family haven’t been good. Yes, the site is legit, but, a lot of people were not sold on the money-making opportunity of this site and there are various reasons for this.

For one, getting accepted into the paid beta tests is not easy, especially for new members. App developers don’t seem too keen for newbies to test their creation.

They usually go for experienced testers, especially those who already possess high rankings. This means that you’ll need to spend some time and effort completing the free tests first to increase your rankings.

Once you get your rankings up, your chances of getting accepted to paid beta tests increases.

Another issue with this opportunity is that withdrawing your money will likely take a while.

Beta Family only pays $5 to $10 for completed tests, and since there’s no guarantee that you’ll get to participate in a paid beta test consistently, you can likely expect to earn $15 to $30 per month.

But, the cash-out requirement is $50, so this means you’ll likely need 2 months before you reach the minimum amount needed to withdraw.

Once you reach that, you’ll need to wait another 30 days for your payment to be processed and sent to your PayPal account.

Your wait can likely become longer because some developers take their time before they provide feedback on your submitted report, so expect about 30 days before you can see the payment credited to your account.

You should also keep track of your completed tests as some developers would completely forget about it, which could mean you’ll miss out on some credits that should be given to you.

Now that we know what Beta Family is and what they are offering, it’s time to discuss what I like about this opportunity.

What I Dislike about Beta Family

Of course, not everything about Beta Family is good and dandy, as there are also things about this opportunity that I don’t like.

Do I Recommend Beta Family?

After learning more about Beta Family and what it can bring to the table, I would say that this is an opportunity that I don’t really recommend. 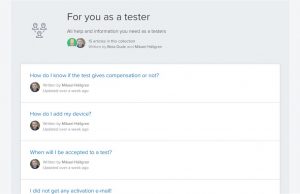 Yes, the site is legit and that the opportunity to make money is real. But I don’t really feel that the reward you get with this site is worth the time and effort you’ll need to spend.

Testing and reviewing the app itself is not that difficult. The difficult part is increasing your rankings to increase your chances of getting accepted into a paid beta test.

Then you also have to contend with the fact that some developers will take a while before they review your work, increasing your wait before you get paid.

This contributes greatly to make it harder and longer for you to reach the minimum cash out threshold to be able to make a withdrawal.

There are a lot of better money-making opportunities out there than Beta Family.

Betabound Review: Legit Or A Scam?

UserTesting Review: Legit Or A Scam?