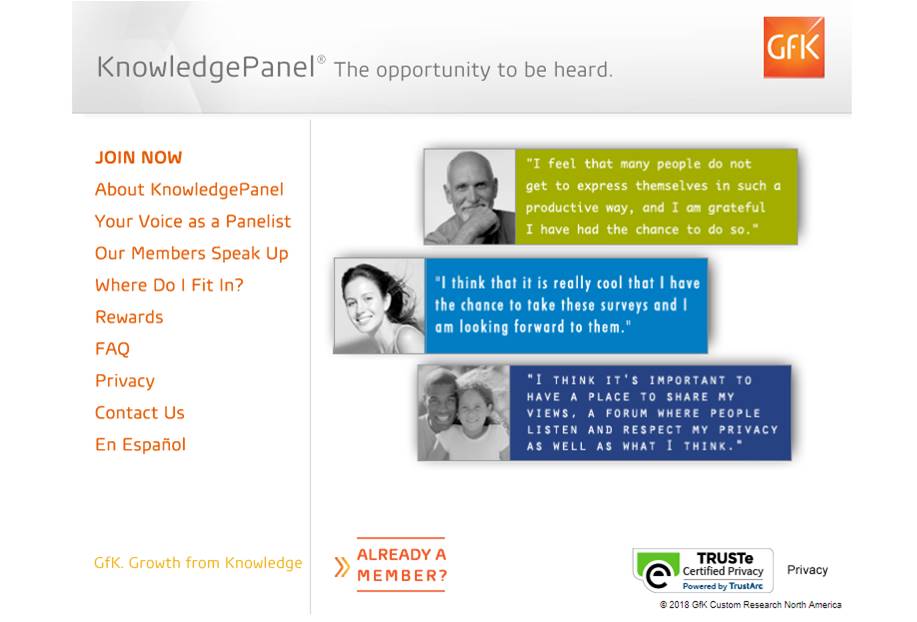 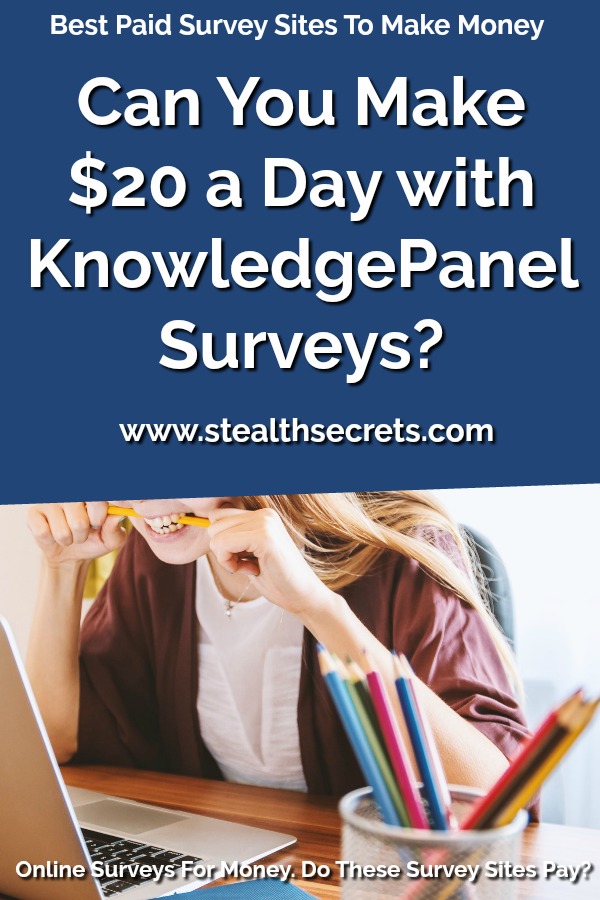 Answering surveys is one of the most common opportunities you can find when it comes to making money online.

There are a lot of websites out there that offer surveys as their main, or at least, one of their options to make money.

But with so many sites offering surveys as an option to make money, choosing the ones that are legitimate and not a waste of time becomes a challenge.

For this review, we’ll be talking about a site called KnowledgePanel. It is a survey site for U.S. residents to allow them to earn various rewards just by answering surveys.

The value of the rewards you can earn will depend on several factors. But from the looks of it, you will likely earn about $5 – $10 a month with this opportunity or get a free computer and internet access to use.

But is KnowledgePanel really a legitimate opportunity or just a scam?

KnowledgePanel is A Legitimate Opportunity To Make Money

KnowledgePanel is a website that provides you with an opportunity to earn rewards by answering surveys. The site will pay in points for each survey that you are able to complete.

The points you earn can be redeemed for cash. The site is also owned by GfK Custom Research, which is a well-known research company that deals with Fortune 500 companies.

From the looks of it, KnowledgePanel is a legitimate survey site that really pays its member. The site delivers on its promise of providing surveys that will allow you to earn rewards.

You can also be assured of its legitimacy due to it being owned by GfK, a research company which is very well-known.

Despite being a legitimate site, there are still some concerns about the research panel. One of the recent complaints about the site is that it doesn’t deliver the rewards after redeeming points.

Another common complaint about it, is that becoming a member is not easy and the opportunities to earn are scarce. I’ll discuss this in more detail as the review progresses.

I’ll also discuss more about the rewards that you can likely get from this survey site.

The KnowledgePanel website is designed to be used by various businesses and organizations who are looking to gather information to help them make important decisions.

They can do this by conducting surveys to their community of panelists who are more than willing to provide information and opinions that businesses and organizations can use. 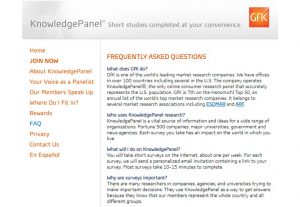 It is also designed for people like you who are looking for ways to earn rewards just by answering survey questionnaires.

The survey site provides an opportunity to earn rewards just for answering surveys. By becoming a member and one of their panelists, you get a chance to earn various rewards.

You will be paid in points, which you can redeem for various rewards that are available. KnowledgePanel only requires that you are a U.S. resident and have access to the internet.

However, even if you don’t have internet access, you will still be able to become a member. In the next section, I’ll expound on this more and also discuss what kind of rewards you can expect.

How Do You Earn Rewards with KnowledgePanel?

KnowledgePanel only offers one way to earn rewards and that is by answering and completing the surveys that they send you.

You will be paid in points for each survey you complete and the points you earn can be redeemed for various rewards.

Now to begin earning with this site, you will first need to become a member and be one of their panelists. The opportunity is available only to U.S. residents. They also require that you will have access to the internet.

If you are a U.S. resident but don’t really have access to an internet connection, don’t worry as KonwledgePanel has you covered.

The site will provide you with a computer with a free telephone dial-up internet access to allow you to participate in the surveys that they will send. The free equipment will be with you as long as you remain a member.

Unfortunately, getting an invitation is done randomly and there’s no way yet for you to request an invitation. This is one of the major problems with the site since not everyone can join.

There’s no mention on the site on how you can request to get an invitation. And contacting them might not be the way to get one either. For now, you can only wait and hope they send you an invite.

The good news is that if you do get an invite, anyone in your household can sign up using the invite they send.

If you are one of the lucky ones to get invited, you can expect to receive about one survey a week. As a thank you for registering, you will also get an introductory survey that is worth $10. 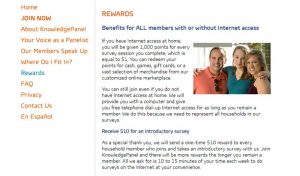 The site will pay you 1,000 points, which equals $1, for each completed survey. The points you earn can be redeemed for various rewards that the site has.

There doesn’t seem to be any minimum cash out requirement, but you just need to reach the point value of the available reward to be able to redeem it.

Another recent complaint about the site is that it takes a while for the site to send the rewards. There were some members who complained that they have yet to receive the $25 gift card they redeemed their points for.

Though this is a bit concerning, considering it is recent, I would like to label them as isolated cases first since there are only a few of them and there are more positive reviews about the site.

What is Good about KnowledgePanel

Now that we know more about how KnowledgePanel works and what it is offering, it’s time to discuss the good things about this opportunity.

What is Bad about KnowledgePanel

Of course, not everything is good and dandy with KnowledgePanel, as there are also things that I consider bad about this opportunity.

Is KnowledgePanel to be Recommended? 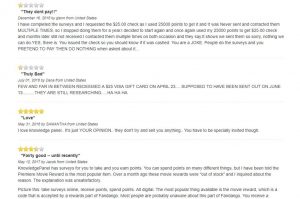 The reason I don’t recommend this site is that its earning potential is really low. You can likely only get to earn about $5 to $10 a month here, considering they usually send only one survey invite a week.

Couple that with the fact that you cannot really join without an invitation, then you will likely only waste your time with this opportunity.

However, if you are one of the lucky ones that received an invite to register on the site, then you could give it a try and see for yourself if it is an opportunity that is worth your time.

Just remember not to expect to get rich here or earn enough for you to make it a full-time income source.

Get Cash For Surveys – Why You Should Stay Away

Loop Surveys: Another Scam Or A Legitimate Survey Site To Make Money?