Loyalty programs are one way of enticing people to stick with a brand or to keep using it and that is what Microsoft is doing with the Bing Rewards, now known as Microsoft Rewards.

The tech giant is trying to entice people to use Bing.com for their searches by rewarding them for it. But is it worth people’s time or is it just scam to get people to use the search engine?

That’s what we will find out in this review of Bing Rewards, but before we proceed let us get to know more about the program.

What is Microsoft Rewards? 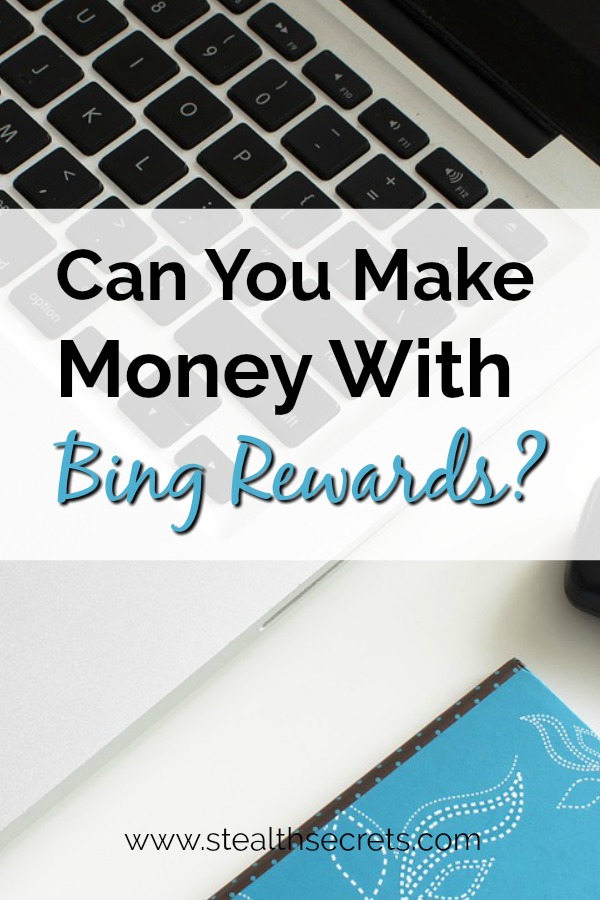 As mentioned above, Microsoft Rewards is a loyalty program that Microsoft launched in 2010 and named it Bing Rewards. It started as a way to entice people to use the search engine for their searches.

The company is rewarding members with points every time they perform online searches using Bing. People can then exchange the points for gift cards, movies, games, or apps.

They can also use the points for members-only events or deals, donating to a worthy cause, or exchange it for sweepstakes for a chance to win great prizes.

But in 2016, Microsoft renamed it to Microsoft Rewards to provide more ways of earning credits instead of just through the use of Bing.com. People can now earn credits when they shop, actively browse the net, and sometimes answer quizzes.

People would just need to join the Microsoft Rewards program using their Microsoft account and they are already good to go to start earning points.

Points are earned every time a member uses the Bing search engine, shops in Microsoft and Windows stores, and specific content found on the homepage of Bing.

The Microsoft Rewards is also a tiered loyalty program, meaning members can level up their accounts to gain more perks.

There are two levels, Tier 1 and Tier 2. As members level up their accounts, they are entitled to more perks and bonuses from Microsoft.

Microsoft Rewards is basically used by Microsoft, as they are the ones who created the program to entice people to use the Bing search engine and use the points they accumulated to purchase other Microsoft products.

The tech giant does partner with other merchants, like Amazon, Burger King, Applebees, Domino’s Pizza, and so on, to be able to offer gift cards for members to enjoy coming from these other companies.

But the main purposes, really, of the Bing Rewards program, is for people to patronize more the products and services Microsoft offers. The other users of the program are U.S. residents who own Microsoft accounts.

The program, unfortunately, is only available for Microsoft account owners who are U.S. residents that are also currently living in the country.

People outside the U.S. or those who don’t have a Microsoft account yet cannot sign up for the Bing Rewards program and there’s no indication, as of the moment, that Microsoft is planning to expand it outside America.

So for people to be a user of the Bing Rewards program and enjoy its benefits, they would need to have a Microsoft account and they should be U.S. residents that are residing in the country.

When it was just Bing Rewards, people can earn points whenever they use Bing.com to search the internet. Microsoft retained the point earning system through searches, but also offered other ways to earn points. 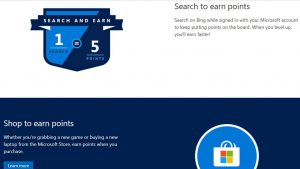 Through searching, members can earn 5 points per search and they are entitled to a maximum of 50 points per day, meaning only 10 searches will result in points earned per day.

But there are also other ways to get more points, like shopping in Microsoft, Windows, or Xbox stores, both online and in physical stores. Microsoft is paying at least 1 point for every $1 that people spend.

It is also possible for people to earn points when they are actively browsing using the Microsoft Edge browser.

By active browsing, Microsoft means that members are actually using the browser, the mouse is moving, they are clicking content, or watching full-screen video on it.

Members are able to earn 5 points per hour when they are actively browsing on Microsoft Edge and it is capped at 150 points per month. It is important that members also set Bing as the default search for their browser.

Members can also earn points faster by taking advantage of the special offers found on the rewards page that Microsoft updates daily. People can also set reward goals that they need to achieve to earn bonus points.

It is important to remember that members would need to be logged in to their Microsoft account and their rewards program to be active in order for them to get points for their activities.

The points can be exchanged for gift cards that people can use in Microsoft, Windows, and Xbox stores. They also get gift cards to be used in Amazon, Starbucks, and more.

The points can also be redeemed for sweepstakes entries and donate it to nonprofit organizations that Microsoft supports or charitable programs that the company organizes.

Aside from earning points to exchange for rewards, Microsoft also has a tier system, where people would just need to fulfil a condition to be promoted to a higher tier and enjoy more perks.

If you are someone who is a Bing Rewards member before August 15, 2016, then you are an automatic tier 2 Microsoft Rewards member. You will need to earn 500 points per month to stay in level 2.

Likewise, for new members to be promoted to tier 2 and stay there, they would need to earn 500 points a month. It is just that easy and Tier 2 members get to enjoy more perks and bonuses from Microsoft.

For one, they can earn as much as 250 points just through using Bing.com to perform internet searches. Microsoft also provides exclusive access to offers and deals to tier 2 members.

Now that we have an idea of what Microsoft is, let’s talk about what I liked about it.

What I Disliked about Microsoft Rewards

Of course, there are also things that I don’t like the rewards program of Microsoft and the will be discussed below.

Is Microsoft Rewards a Scam or is it Worth It?

First of all, the Microsoft Rewards is not a scam, as the company really does pay its members with points every time they are able to perform the activities needed to earn points.

There’s also not much of a problem when it comes to redeeming the points for rewards, as most of the rewards offered come from Microsoft themselves, so they are not at the mercy of merchants.

Plus, it is Microsoft we’re talking about here and scamming people by not giving the points or providing problems in redeeming points for rewards will be a great damage to their reputation.

This is something that they would likely want to avoid. So signing up for the Microsoft Rewards program is not a waste of time for people.

Is it to be Recommended?

With that said, do I recommend the Microsoft Rewards program? If you are looking to make money online, then this program is not for you.

But if not, then yes, I recommend it. Even if you are not a big fan of Microsoft products and services, the fact that you can earn points for doing something you will normally do is a big plus.

It doesn’t mean you have to completely abandon using Google or Yahoo search engines, you can still use them, but also take time to use the Bing search engine to earn points daily.

Using the Bing search engine alone is already enough to earn points, so you won’t have to change your favorite web browser to Microsoft Edge to earn points.

The only real problem here is that it is only available to people living in the U.S. Hopefully, Microsoft changes this soon, as there are also a lot of Microsoft users in other countries.

iRazoo Review: Can You Earn Rewards Completing Tasks Or Scam?