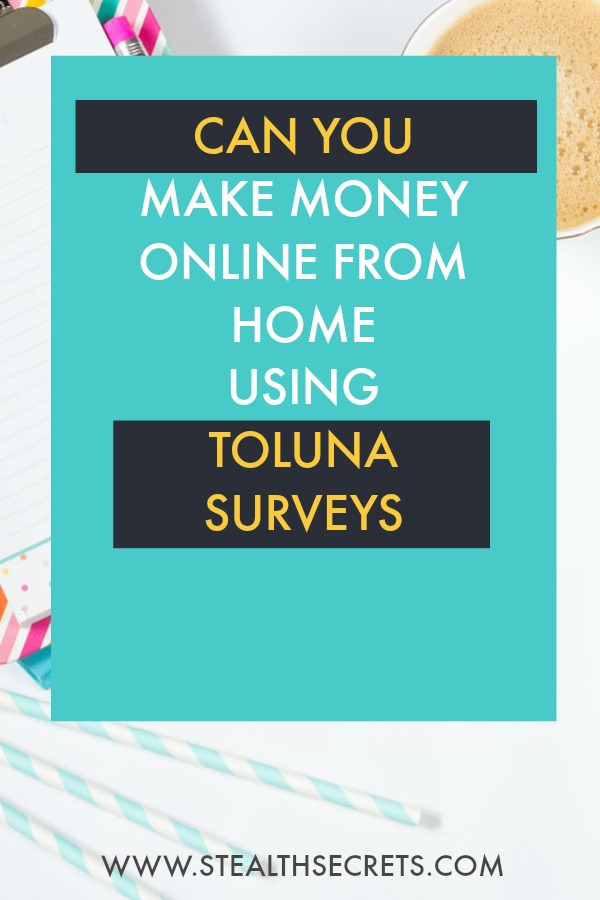 When it comes to making money online there are a lot of times when it’s hard to to separate real opportunities from the scams. A lot of companies will promise the moon, but all you end up with is dirt.

That is why I’ve decided to review one of those opportunities in the hope of allowing those looking to make money online make a more informed decision.

The opportunity in question is a paid survey company called Toluna Surveys. You can also see some other reviews Opinion Outpost Review, Inbox dollars Review and Global Test Market Review, to name some of the main survey sites on the Internet.

What is Toluna Surveys?

Toluna Surveys is a market research company that pays for people to take surveys online. They do research for corporations about a wide variety of products. They are well established, and have been around for a while.

How you make money from Toluna is fairly simple, you fill out a profile and then when a survey whose criteria you fit comes up you are alerted. You are awarded points for completing the survey, and when you accumulate enough points you can either cash out through Paypal, or get a gift card to various places like Amazon, Starbucks, or iTunes.

Views Around The Web

When doing research across the web about Toluna I found some mixed responses, but generally the feedback was negative. One of the most common complaints I’ve found involves their qualifying process.

A person will start a survey, and almost half-way through they will have to answer some more qualification questions. If for some reason they don’t qualify then they can’t continue the survey, and won’t get credit for the initial time invested.

This seems to happen a lot, and a lot of people ending up wasting their time.

Some users of Toluna have experienced what they call a “bait and switch” scheme where they get invited to an interesting survey, but then are told it’s not available.

After that of course they are invited to participate in another survey that a lot of times they aren’t even qualified for. It’s one thing to suggest another survey, but to invite someone to a survey they can’t even do is useless.

So as far as I can tell, the company itself is legit,but whether you’ll make much money with them could be a problem.

With most survey sites you’re only going to make money with them, if you fit a certain profile, and even then, the amount of money that you’ll make will barely make it worthwhile.

You will have to invest a lot of time completing surveys, and there is no real guarantee even that will be enough to reach the minimum points required to cash out.

There are other ways of making money online that pay more, and don’t have so many downsides attached to them.

Learn how Frank earns a full-time income working from home. Join him here.

Surveys Paid Review and Why They Are Outright SCAM

Epoll Surveys Review – Is It A Scam Or Legit

3 thoughts on “Is Toluna Surveys Legit?”