Making money by doing surveys would sound like the most amazing work in the world.

However, there are many dangers associated with it and it may also not be the most profitable thing in which you can spend your time on.

In the following sections, we will be discussing the legitimacy of paid survey site Survey Money Machines, its Pros and Cons, what people on the net think about it and our final verdict about it.

But in the meantime, if you’re looking for a good way to earn money online, then check out this program – (see income proof).

What is Survey Money Machines 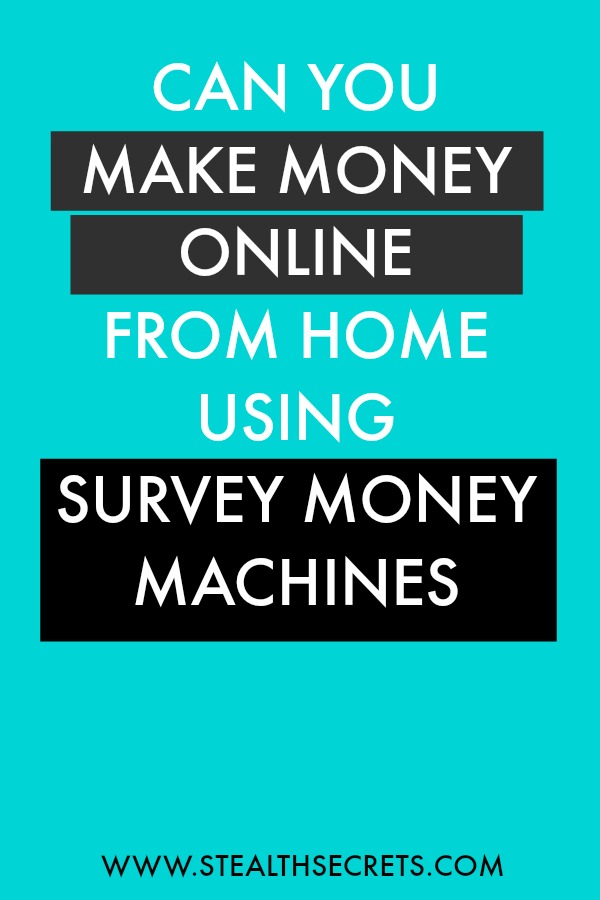 Survey Money Machines is a website that offers its members to complete surveys in exchange for cash. According to its website, its owner is a work-at-home mom called Hailey Gates which has made a lot of money filling up surveys.

Signing up is free, however, Survey Money Machines doesn’t directly pay you for completing surveys, rather, it directs its members to other survey sites in which the person will have to sign up (not free) to start working by filling up surveys.

Once you sign up for free to Survey Money Machine, you are redirected to “marketing research companies” or should we better say other survey sites for you to sign in and then start receiving on your e-mail survey links.

Survey Money Machines encourages you to sign up in as many survey sites so you increase your chances of being selected for filling more of them. Finally, you can either receive cash or prizes (depending on what they are willing to offer) after you successfully complete each survey.

The pros of Survey Money Machines are very limited.

What Are Other People Saying About Survey Money Machines?

People around the web all agree that Survey Money Machines isn’t what it claims to be. The main problems they have with these site is the little amount of money that can be made as opposed to what they were promised and the fact that sometimes the person is actually the one that has to pay the company for reviewing its products.

As you may be guessing, our verdict for this site is that it isn’t recommended at all. You will be spending lots of time to sign up and fill up surveys to receive a very small amount of cash which won’t even come if you haven’t completed enough surveys to earn the minimal withdrawal threshold any of these sites requires.

Moreover, Survey Money Machines is full of lies which are a huge reason why not to even try to sign up on it. Our final verdict is that while the site is legitimate, meaning, you can actually make some amount of money from filling surveys, it isn’t worth it due to the actually small amount of cash you will be earning with them. All in all, most survey sites have these same issues.

1 thought on “Is Survey Money Machines Legit or a Scam?”