Having an antivirus program in your computer or laptop is just like having your own personal doctor and bodyguard at hand.

It will protect your device from any unwanted attacks or viruses, as well as remove and fix any previous malware or viruses that it detects.

Now what does an antivirus program have to do with a website that talks about making money online? Well, this particular anti-virus software has a money-making component to it.

This antivirus program is called TotalAV and is designed to provide a low-cost but effective antivirus system to any Windows computer or smartphone.

The beauty of this software is that it offers a way for people to make money through its Affiliate program. The money you earn will be dependent on the sales you are able to make.

The company, though, says that you can earn up to $70 per sale of the program. But is TotalAV a legitimate antivirus program that offers an opportunity to make money or just a scam?

TotalAV Seems Legit, But there are A Lot of Issues

TotalAV is a fully-featured antivirus software program that has free and paid versions. Both versions are useful, but the paid one offers a lot of features that you won’t really see on the free TotalAV.

Based on what the company offers, it seems like the antivirus software program is legitimate and so is the Affiliate program.

However, there are a lot of confusing things with the software program that makes it seem like a scam, particularly, with the billing practices, as well as the upsell practice the company is doing.

A lot of people who have tried the software, especially the free product, were disappointed with how limited it is in what it can do and will mostly just urge you to upgrade to the paid version.

The paid version, though, is not that expensive, as the company offers an affordable package that provides the complete feature of the software.

As we progress in this review, I’ll discuss more in detail about the TotalAV antivirus software program and how its affiliate program works.

Who Uses the TotalAV Antivirus Software?

The TotalAV Antivirus software is designed for two types of people with one being those who are looking for an affordable antivirus to install to their computers.

The other type are people who are looking for ways to make some money online. If you are looking for an antivirus, TotalAV offers one of the most affordable in the market, but with great features.

But the really good thing about their antivirus is that it has a free version in case you want to try it out. The problem with the free version is that its functions are very limited.

TotalAV seems like they just provided the free version as a way for people to test out their antivirus and try to convince them to be a paid member to enjoy the full features.

But if making money is what you’re looking for, then you can become one of TotalAV’s partner Affiliates. The company can pay up to $70 for each sale of a paid antivirus and there’s no limit to how many people you can refer.

You just need to apply to become an affiliate on the TotalAV website. Once you are accepted, you can start promoting their antivirus software.

How Does TotalAV Work and How You Can Make Money

There’s only one way for you to earn money with TotalAV and that is to become one of their affiliates. But before we discuss further the affiliate program, let us first discuss their antivirus software.

It’s important to know the product the company offers, as this is basically what you will be promoting and selling.

So understanding it and seeing if it is really good or just a scam will help you decide if this opportunity is for you, more than the compensation plan they have, especially since a lot of people call TotalAV a scam.

The reason why people say TotalAV is a scam is that the free version of the antivirus is very limited. When you install the free version, it will start to scan your computer or device for any viruses or malware.

The problem is that the free version won’t be able to fix everything that it is able to scan. You will be required to upgrade to a paid version in order to clean up all the problems it detects.

This puts you in a tight spot since you want your computer to be cleaned of any viruses, which could force you to upgrade your software program.

But the issue is that if you try scanning your computer using other antivirus brands, it won’t be able to detect anything.

So what is TotalAV able to detect, well one reviewer revealed that what the free software actually detects are cookie trackers and not actually viruses or malware. 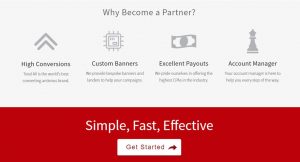 This is why other brands of antivirus didn’t detect anything because there’s really nothing to detect. The free antivirus of TotalAV detects warnings only and not viruses.

If you don’t know better, though, you will think your computer is affected, which could force you to buy. This tactic is a little tricky and not everyone is fond of it.

But the main complaints people have with TotalAV is that their billing practices are very confusing and a bit like a scam. For one, a lot of people are complaining that they don’t really honor their money back guarantee.

Secondly, it seems like every feature that the software program has will cost you, but it won’t be stated outright. Some people were surprised at their bill when it arrived, as it was a lot more than they expected.

As for the actual antivirus software, well their quick scan is not really quick and the installation process is very excessive. You will also need to open an account with TotalAV to be able to use the antivirus software properly.

When it comes to making money, the process is simple and straightforward. The company will pay you up to $70 for every paid member you are able to refer.

The company also don’t have a limit on how many people you can refer. You can be paid via PayPal, check (for U.S. residents only, and bank wire (if you reach $1,000).

To be an affiliate, you will need to submit an application form, which can be found on the Affiliate website. After submission, TotalAV will review your application and notify you if you are accepted or rejected.

The process can take up to a few to days to a few weeks. Once accepted, you will be assigned an Account Manager who assist you and monitor your account.

You will basically be one of their salespeople, trying to sell and promote the TotalAV antivirus. The difference here is that there’s no employee-employer relationship and you get to earn only when you make a sale.

What is Good about TotalAV

Now that we know more about TotalAV and what they offer, it’s time to discuss the good things about the opportunity.

What is Bad about TotalAV

Of course, there are also things that I didn’t like with TotalAV, which I’ll discuss here.

Do I Recommend TotalAV?

Now that we know more about TotalAV and what it’s offer, I can say that it is an opportunity that I don’t really recommend.

For one, the antivirus program already has a lot of complaints from people who have tried it, which will make it hard to promote and sell it. 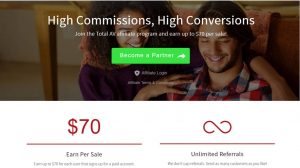 Another thing is that TotalAV doesn’t really pay too much attention to their Affiliate program since there’s very little information about it.

It’s important that information is readily accessible to allow you to decide properly if you want to become an affiliate or not.

From the looks of it, it seems you need to become an affiliate first to know more, which is not really a good practice. If you are looking to earn money online, there are better opportunities out there like this one.