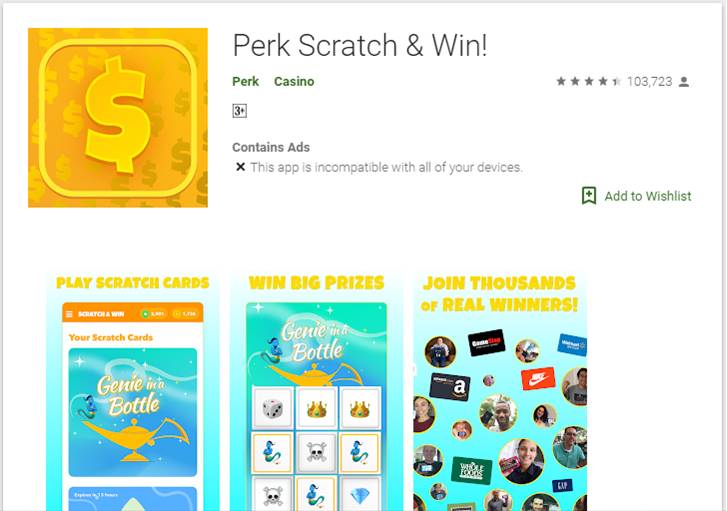 If you’re a fan of playing scratch cards, where you have a chance to win great prizes, then you will enjoy this opportunity.

Perk Scratch & Win is an app that’s designed to be like a regular scratch card, except it is done via the app. You use tokens to purchase the scratch card and get a chance to win points for gift cards.

It’s really hard to tell how much you can make with the app since it is really just like gambling. You only get a chance to win something which is not guaranteed.

But it seems that if you play it often enough you might be lucky enough to win a gift card with a value of at least $50. But is this app really a legit way to get rewards or a scam? 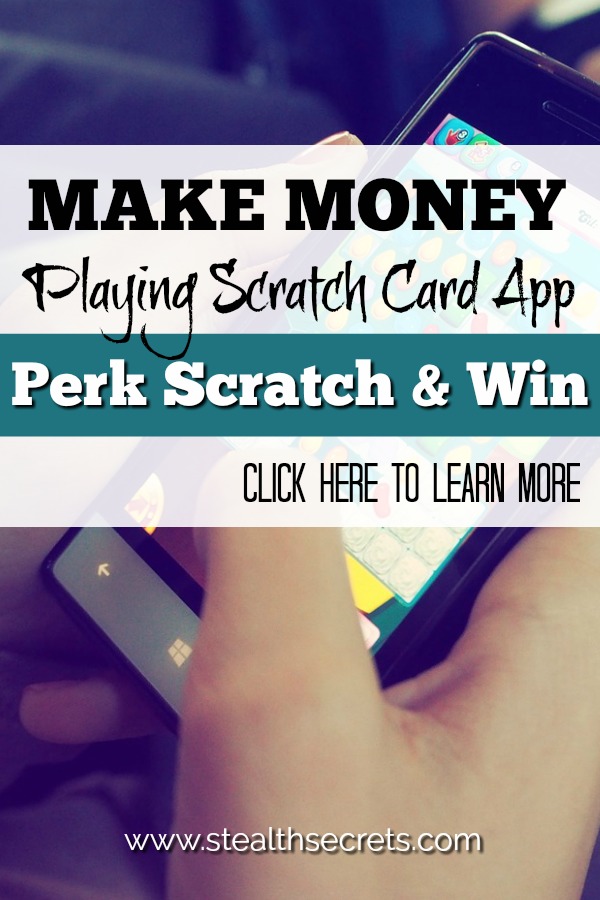 Scratch & Win is an app designed by the company Perk, a site that offers a variety of apps and programs to earn rewards. This app is basically just like a normal scratch card, except online.

You use the tokens you earn from the other Perk apps that you played with to purchase the scratch card and get a chance to win big prizes like points or actual gift cards.

Based on what the app promises, I can say that it is very much legitimate. It didn’t promise that you will always win, but will only have a chance to win.

The Perk Scratch & Win app has also delivered on its promise, so far, of giving you your winnings, whether it is points or gift cards.

The app is available for both Android and iOS devices and it is free to download. There’s no need to sign up if you already have a Perk account if not registering is easy to do so.

As for how much you can earn, it’s really hard to tell what you can make with this app and, as this review progresses, you will see why that’s the case.

The Perk Scratch & Win app is designed to be used by two groups of people, with one being advertisers and the other ones being people like you who are looking to get rewards online.

For businesses and advertisers, the Scratch & Win app gives them an opportunity to increase the reach of their advertisements.

The app will display the ads after members play one or two scratch cards and they are required to view the whole ad before proceeding to the next.

Perk rewards members with 1 point for watching the ads. This ensures that the advertisements that businesses put up will be viewed.

As for people like you, the Scratch & Win app gives you a chance to earn some rewards by basically gambling by playing scratch cards.

The difference here is that you’ll be doing it on your mobile device instead of an actual card. You just need to spend some tokens and purchase the scratch cards.

The cards will give you a chance to win points, which you can redeem for gift cards. It is free to download the app and you won’t need to register to start earning if you already have an existing Perk account.

How Do You Earn with the Perk Scratch & Win App?

The Perk Scratch & Win app doesn’t really offer any way for you to earn something guaranteed except maybe for watching the ads after playing a scratch game or two.

The app will play 30-second ads after you have played one or two scratch games and you get to earn 1 point for viewing it.

This makes it possible for you to earn up to 5 points or more in a day, depending really on how often you play the game. Other than that, everything else becomes a game of chance.

The app is basically just the scratch card game made into a mobile app. You use the tokens you’ve earned from the other apps and programs that Perk has.

You play the game and get a chance to win some points. The number of points that you can earn will vary greatly. It won’t cost much to play, as you will barely notice it missing from your Perk wallet.

Other than points, you can also win gift cards or other prizes for winning in the scratch game. Some members have said they won $50 Amazon gift cards, while others even won as high as $100 gift cards. 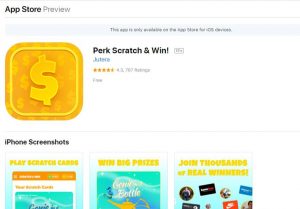 The points you can earn can be redeemed for prizes like gift cards. The value of the points is 1 point is equivalent to $0.001. The minimum gift card you can redeem is worth $5 so you will need 5000 points for that.

Aside from prizes, you can also use your points to enter in sweepstakes for a chance to win more prizes, including cash. Again this will be up to chance, so there’s no guarantee you will win anything.

The Perk Scratch & Win app is available to download at the Google Play Store or the Apple App Store. It is free to download.

If you already have an existing Perk account, then there’s no need for you to register. But if you’re new, you will need to register first to get a Perk account.

It is easy and simple to do so, as you can register via your Facebook account. The app, though, doesn’t seem to be available worldwide, so you just have to check it out on the Play or App store to see if you can download it.

What I Liked about the Perk Scratch & Win App

After learning more about the Perk Scratch & Win app, it is time to discuss what I liked about the app.

What I Didn’t Like about the Perk Scratch & Win App

There are, of course, certain things that I didn’t like about the app, which I’ll discuss here.

Is the Perk Scratch & Win App to be Recommended?

Based on what I’ve learned about the Perk Scratch & Win app and how it works, it is an opportunity that I don’t really recommend.

I don’t really see any value in trying out the app, there’s no guarantee you will be able to win anything. You will also need to spend your tokens in order to play, so you could wind up losing what you earned instead of getting more. 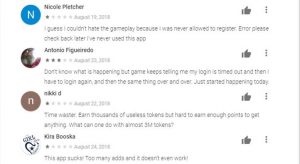 The only guarantee you get here is you earn 1 point for every 30-second ad you watch. But you only get to watch an ad after playing the scratch game one or two times.

This means you will still need to spend your tokens first before earning anything. So I don’t think this is a good app for you to try, as it will just be a waste of your precious time and tokens.